​
​
ROTARY WORKING WITH THE

The Rotary Club of Windsor & Eton has been working together with The Prince Philip Trust Fund since 2002, arranging major events in and around the Royal Borough of Windsor & Maidenhead.

​ This association has to date raised in excess of £400,000 for
​ distribution to local charities and beneficiaries as well as other Rotary charities.
​ 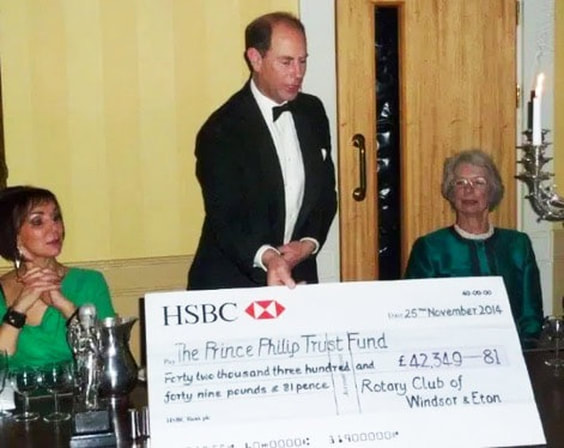 ​2014 - The Windsor & Eton Rotary Club's special Dinner to hand over
their cheque to be received by H.R.H The Earl of Wessex on behalf of
​the Prince Philip Trust for the special events the club had organised
during that year